To mark Mental Health Awareness Week 2019, Pharma Nord UK Senior Nutritionist Frankie Brogan looks at how what you eat can help how you feel.

Mental Health Awareness Week helps to shine a spotlight on an important aspect of overall health.

While things like mindfulness and exercise can help boost your mood, ensuring you get the nutrients you need can be equally beneficial – and often overlooked.

Four ways that nutrition can help with mental health

Omega 3 fatty acids have been headline news for the past few years, especially for their effects on mood, concentration and brain health. Omega 3 covers a range of fatty acids including eicosapantaoneic acid (EPA) and docosahexanoic acid (DHA), both of which found in plentiful quantities in oily fish. EPA and DHA are important in the maintenance of brain cell membranes while DHA is associated with transmission of important mood-regulating hormones such as serotonin, dopamine and norepinephrine. Fish oil has demonstrated a ‘significant antidepressant effect’ in a wide range of clinical trials. Omega-3 makes up a substantial portion of the brain tissue and fights inflammation, considered to be a major driver of depression.

As a result, low levels of omega 3 in the body are associated with mood disturbance, cognitive issues (such as mental processing speeds and memory),depressive symptoms and low energy (1,2). The good news is that many trials show supplementation can help reverse this, improving mood, cognitive function and elevating energy levels (3, 4). This is particularly important in the UK, as the standard British diet lacks the oily fish intakes in east Asian or Mediterranean diets.

It’s estimated that over 1 billion people worldwide don’t get enough vitamin D. Though we can obtain vitamin D from sunlight exposure, various hurdles stand in the way including naturally low levels of sun exposure experienced in the UK, especially in winter. This has led to the Government suggesting everyone should consider supplementing with vitamin D, particularly in darker months. 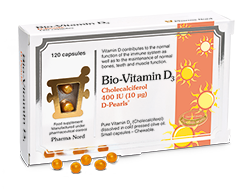 Vitamin D supplements show great promise for supporting mental health and mood, not to mention many other benefits including immunity and muscle function. 'Receptor sites' for vitamin D has been found in various cells around the body, including the brain. Vitamin D may work by altering the quantity of mood-regulating substances such as serotonin and how they operate (5).

The European Food Safety Authority states that “a decline in magnesium status is associated with various symptoms such as depression...”. Magnesium is responsible for the production and use of over 600 enzymes in the body, many of which are vital for the normal function of our brain chemistry.

Many other studies also link magnesium to an anti-anxiety effect, important as anxiety and related disorders are rising in prevalence worldwide. (9)

Magnesium supplementation can improve the ability of the brain to recognize and form new connections, affecting everything from how we think to how we learn and recall. This enhanced brain plasticity could also benefit anxiety and 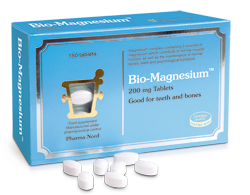 related disorders, such as phobias and post-traumatic stress disorders (10).

Magnesium can stimulate the use of the 'anti-anxiety' neurotransmitter, gamma-aminobutyric acid (GABA) which effectively 'puts the brakes' on excessive activity in the brain linked to anxiety, insomnia and even migraines. Studies also demonstrate that magnesium supplementation is associated with a drop in levels of cortisol, the ‘stress hormone’.

Studies have also found that magnesium reduces the severity of insomnia, improves the length of sleep and decreases the time taken to achieve a full sleep.

Low mood can often be brought on by low energy levels so finding ways to boost your energy producing capacity can help improve your outlook. As well as taking part in exercise – whether a walk in the park or a work-out at the gym – it is worthwhile looking at supplements which can help provide that extra spark.

Coenzyme Q10 is a vitamin-like substance which occurs naturally within every cell in the human body and is crucial in producing cellular energy. Heart and skeletal muscles have the highest energy requirements of all tissues and are particularly reliant on adequate Q10 as a result.

Ageing, stress, exercise and illness all impair our ability to produce Q10 effectively, which is why supplementing your diet with Q10 can help. Various trials 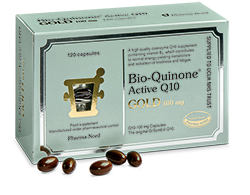 have shown that correcting low levels of Q10 can improve depressive and anxiety symptoms in conditions such as chronic fatigue syndrome and fibromyalgia.

Overall, there are many ways to tackle conditions such as stress, anxiety and low mood. Through the benefits of nutrition and with appropriate supplement choices, you can contribute to your own positive health which is ultimately its own reward.