The migraine menace is treatable and preventable

A migraine is associated with a wide range of symptoms, including headache, nausea, poor concentration and sensitivity to sound and light.

Prior to a migraine, many sufferers experience brief visual anomalies (such as flashing lights), dizziness or speech impairment. If a headache doesn't occur, it can be referred to as a silent migraine though if it does, it's known as migraine aura.

Due to how disruptive and crippling they can be, many sufferers explore different ways to manage their migraines, including treating an attack and preventing them from occurring. 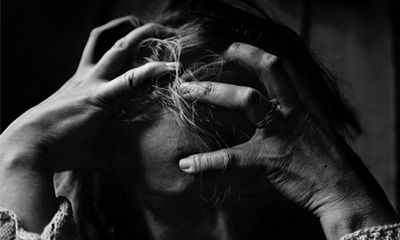 Present scientific understanding about what causes migraine isn't conclusive, but there are theories. It's believed that abnormal brain activity (including nerve signals, chemical messengers and blood vessels) through an unknown cause, trigger migraines. As approximately half of all people who have migraines also have relatives with the condition, genetics is considered to be a factor.

Migraines are more common in women than in men, and this may be due to menstruation. The menstrual cycle causes various hormonal changes in the body which have been linked as a migraine trigger. Many other migraine triggers have been noted, however, including:

Persistent chronic migraines are a major issue for many. Painkillers are often used for migraine relief when an attack happens, though there several ways of helping migraine prevention.

With so many potential triggers for migraines, identifying these is the first step in migraine prevention. Many people keep a 'migraine diary' and record an entry after every attack, describing when it happened, symptoms, what foods or medications were consumed before. In many cases, it helps to discover the culprit so it can be avoided if possible.

Magnesium supplements play a role in over 600 processes in the body, including relaxation of both body and mind.

Many studies show that migraine sufferers are also likely to have low magnesium levels and magnesium supplements can help correct this.