IBD and IBS – What's the difference?

What is inflammatory bowel disease?

Inflammatory bowel disease is an umbrella term used to describe two major conditions caused by inflammation of the gut – Crohn's disease and ulcerative colitis (UC). Both of these conditions are long term with no cure, but a range of potential treatments to help ease symptoms exist.

What is Crohn's disease?

Crohn's disease is a condition where parts of the gastrointestinal tract (this is anything from mouth to anus) become inflamed. It's uncertain what causes Crohn's disease to develop, though genetics and immune dysfunction are thought to be the main culprits. 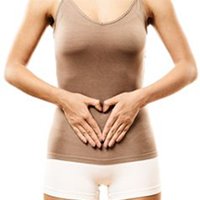 Typically diagnosed in childhood or early adulthood, symptoms of Crohn's include:

Depending on the individual, these symptoms can be constant or temporary in nature. Treatments available for Crohn's disease include anti-inflammatory medications or surgery to remove the affected part of the digestive system.

What is Ulcerative colitis?

Ulcerative colitis (UC) is inflammation of the large intestine, leading to the development of ulcers which may bleed and produce pus. It is believed to be an autoimmune disorder which causes the body's immune system to attack itself. Symptoms include pain and recurring episodes of diarrhoea, but those with UC may also experience pain in the joints, skin and eyes.

UC is treated in various ways, such as immunity-suppressing medication or, in more severe cases, surgery to remove the large intestine.

Are the inflammatory bowel diseases related to IBS?

Patients with both Crohn's and UC may experience difficulty absorbing fat-soluble vitamins and may wish to supplement with these. These include vitamins A (including beta-carotene), Vitamin D, E and Vitamin K.

Those diagnosed with inflammatory bowel disease should speak with their health professional before taking supplements.