Dementia describes a state of age-related cognitive decline, characterized by a group of related symptoms. Signs of dementia vary, including experiencing issues or changes with the following:

As an age-related condition, it's common in those over 65, with 1 in 14 people considered to have the condition. It is shown to be even more common in the over 80s, affecting 1 in 6 people in that age group. Alzheimer's disease is the most common form of dementia.

If any of the above symptoms cause suspicion of dementia, it's important to seek medical help as soon as possible. While there is no cure as of yet, dementia care aims to slow or pause the condition to help the patient maintain mental function. Adequate dementia care can allow the person to live an active and full life.

There are various forms of dementia, each with different proposed causes. Alzheimer's disease, for example, is believed to be caused by the presence of specific amino acids which build up around brain cells and 'tangle' them. Vascular dementia is often caused by reduced blood flow to the brain, which can be brought about as a result of stroke, or narrowing of the blood vessels. Lewy body dementia describes a variant involving the development of specific proteins in the brain which alter and disrupt the communication between brain cells. This condition is similar in symptoms to Parkinson's disease. One other possible cause for dementia is mitochondrial disease.

The nutrient CoEnzyme Q10 (Q10) is one of the most promising nutritional therapies for mitochondrial disease. 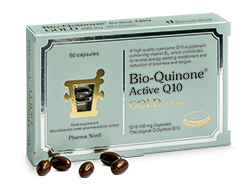 The vitamin-like substance supports the mitochondria's ability to produce energy from food while at the same time, protecting the cell from oxidative stress – another possible cause of cognitive decline.