Missing mineral ‘could be a major help for immune systems’

A TRACE mineral which is missing from over a quarter of all diets in the UK could provide vital support for people’s immune systems, according to nutritionists.

Latest figures show that more than half of all women and over a quarter of all men in the UK do not get enough selenium, a trace mineral which is mainly found in the soil and which helps the body to create powerful substances to support the immune system.

Selenium has also been found to be particularly effective in the fight against viruses with a number of studies showing its importance.

Frankie Brogan, Senior Nutritionist at Pharma Nord UK, said: “Clearly at the current moment in time, viruses are uppermost in people’s minds with the global spread of the coronavirus COVID-19.

“There is currently no cure or vaccine for

COVID-19 and it is important for people to follow the public health advice on hand-washing, hygiene, social distancing and, where symptoms appear, self-isolation.

“You can also take steps to help support your natural defence against viruses,colds and flu – your immune system. This is where selenium can potentially help.

“During a viral infection, the body loses selenium but needs it then more than ever. Viruses produce substances known as reactive oxygen species (ROS) when they infect the body and these can potentially cause damage to the cells. Recent research also shows that these ‘ROS’ can speed up viral reproduction and reduce the body’s immune response.

“However, these ROS can be neutralized by a substance called glutathine, reducing damage to the cells and improving the immune response. To make glutathione, the body requires good levels of selenium.”

The difference which selenium can make in the context of fighting viruses has been shown in a number of research studies.

FIND OUT MORE ABOUT SELENIUM

In a study published in the journal Advances in Nutrition, selenium supplements were shown to improve the immune responses in the case of various virus types including Influenza type A, poliovirus and hepatitis C.

In a separate trial, chickens supplemented with selenium-yeast were shown to have improved antiviral defences and to be more resistant to avian influenza (H9N2).

Frankie Brogan said: “There is a lot of evidence pointing to a major role for selenium in supporting immune health, including in the context of viral infections, but the problem is that we struggle to get enough selenium from dietary sources, even when following the most healthy, balanced diet.

“The soil in farming land within the UK an 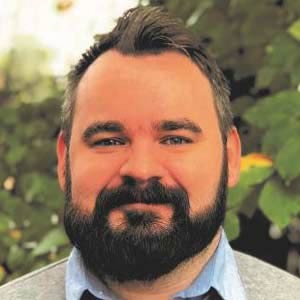 d most of Europe is low in selenium, meaning that locally grown food and livestock will give low selenium when eaten.

"Other studies also show that vegetarians and vegansare more likely to be deficient in selenium.

“While it's often believed that Brazil nuts are rich in selenium, these too are dependant on good selenium levels in the soil. In practice, Brazil nuts often offer an unreliably varied amount of selenium – you may get large amounts in one packet and very little in another.

“As a result of all these factors, many people look to selenium supplements as a reliable way to ensure good selenium intakes and support their immune systems.”

Selenium supplements come in two main forms: ‘inorganic’ (such as sodium selenite and selenate) or ‘organic’ types, such as selenium-yeast.

The major difference between the two types is that the organic variant contains a wider range of beneficial compounds, important for the eventual production of immune-supporting glutathione.

Frankie Brogan added: “Most selenium supplements are inorganic, but scientific evidence suggests that only about 50% of an inorganic supplement actually gets absorbed by the body.

“Selenium-yeast, however, is shown to be much more effective, with a particular type (the pharmaceutically produced ‘SelenoPrecise’ shown to have absorption as high as 88.7%, the highest recorded for selenium supplements.” SelenoPrecise selenium supplements have also been certified by the European Food Standards Agency as being better absorbed than the inorganic selenium forms selenite and selenate and they have been used in more than 40 scientific studies.

Frankie Brogan said: “While the role of vitamin D and vitamin C in supporting immune health has been highlighted in recent weeks, selenium also plays a very important part, but one that has so far not been very much talked about.

“Its well-established status in scientific research means it should not be ignored when considering ways to support our immune systems, especially in the current climate.”

FIND OUT MORE ABOUT SELENIUM

5. Turner-McGrievy G, Barnard N, Scialli A, Lanou A. Effects of a low-fat vegan diet and a Step II diet on macro- and micronutrient intakes in overweight postmenopausal women. Nutrition. 2004;20(9):738-746.

8. Selenium-enriched yeast as source for selenium added for nutritional purposes in foods for particular nutritional uses and foods (including food supplements) for the general population – Scientific Opinion of the Panel on Food Additives, Flavourings, Processing Aids and Materials in Contact with Food. EFSA Journal. 2008;6(7)