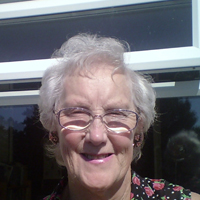 Joan Freeman, 70 from Pwllheli in Wales was born with a hole in her heart and found Ubiquinol CoQ10 relieved her breathlessness and tiredness, here she tells her story.

"I was just the second person to have open heart surgery in the UK. I was told to live a quieter life and advised against having children. Instead, I went on to have three children (including twins!).

"In 1985 I found out that I had another hole in my heart and my aortic valve was leaking, requiring more surgery. I still continued to live an active life until 2009 when I began to experience breathlessness and became really tired. There was not one surgeon willing to consider further surgery.

"My friends suggested I call Pharma Nord who recommended Q10. I took the box to show the heart specialist and he said 'go for it if you think it will help!'

"Before taking Bio-Ubiquinol Active QH I found walking very tiring and I became breathless very easily. Everything was an effort. In just a week, I could feel that Q10 was already turning my life around.

"Pharma Nord's Q10 has been like a miracle working supplement for me. I am convinced Q10 should be on prescription and have told my doctor so! Why should people who live with heart failure feel they are under a constant cloud of breathlessness and as if everything is too much hard work when there is Q10?"

FIND OUT MORE ABOUT BIO-UBIQUINOL