A MOTHER who suffers from the same chronic pain condition as pop icon Lady Gaga has credited a vitamin supplement with giving her a new lease of life. 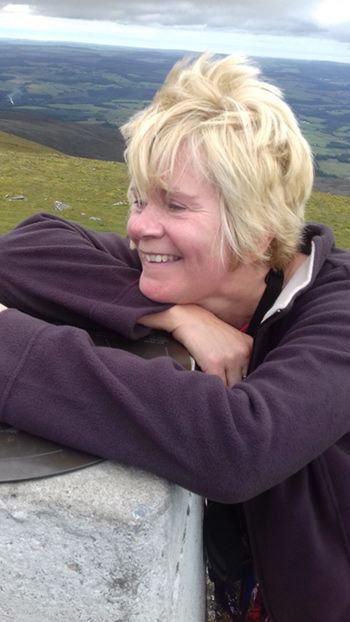 Karen Crosby, 56, was diagnosed with fibromyalgia in 2002 and has spent years suffering. Karen's fibromyalgia symptoms include pain in her wrists, knees, ankles and back, fatigue, sleeplessness and a mental tiredness known as ‘fibro fog’.

However, within four weeks of trying Bio-Quinone Q10 supplements, she was doing household jobs, going for long walks around her home in the picturesque Scottish Highlands and “sleeping like a baby”.

“It’s made such an amazing difference to my life, to my love of life and to my energy levels. I know it sounds a bit of a cliché but I really feel like a new woman. I have noticed no side effects at all, and I am so pleased with the results, I will take this supplement for as long as I can!”

Middlesbrough-born Karen had been suffering from pain in her joints for 30 years before she was finally diagnosed with fibromyalgia in 2002.

She explained: “I had had it for a long time before that – I had widespread pain, I had problems sleeping, I was tired a lot and when I did things like aerobics I was in a lot more pain than I should have been. I also suffered from what I call ‘fibro fog’ which is where your mind just stops a little while and you forget things before it kicks into gear again. At first, the doctors didn’t know what was wrong and it was only when a GP sent me to a rheumatology specialist that I was diagnosed with fibromyalgia and it was like a light had been switched on – that was why I was feeling so bad.”

FIND OUT ABOUT PHARMA NORD PRODUCTS

Also called fibromyalgia syndrome (FMS), is a long-term condition that causes pain all over the body. Fibromyalgia symptoms may also include increased sensitivity to pain, extreme tiredness, muscle stiffness, irritable bowel syndrome and problems with memory and concentration. The exact cause of fibromyalgia is unknown, but it's thought to be related to abnormal levels of certain chemicals in the brain and changes in the way the central nervous system processes pain messages carried around the body.

The profile of the condition has been heightened recently after Lady Gaga was forced to cancel the remainder of her world tour in February due to her “severe pain” caused by fibromyalgia.

Karen said: “I can see why she had to cancel part of her tour – she has a punishing physical schedule and it will affect her much more than us mere mortals so I can really sympathise with her. Someone like Lady Gaga who is famous around the world and who’s admitted that she has fibromyalgia brings much more of a high profile, which hopefully increases people’s understanding of the condition. When I was first diagnosed, fibromyalgia wasn’t as well known as it is today and for years some people treated me like I was a hypochondriac. There was a lot of scepticism about the condition - people thought it didn’t really exist and I did come up against a lot of bigotry about the condition with people thinking it was all in my mind.”

As well as dealing with adverse perceptions of her condition, Karen also encountered difficulties in treating fibromyalgia symptoms.

FIND OUT ABOUT PHARMA NORD PRODUCTS

She said: “Since being diagnosed, I have been on a number of different drugs to deal with the effects of fibromyalgia, but none of them was right for me. The last one I had for about a year but I didn’t like being on it as it made me very sleepy all the time – it’s bad enough having ‘fibro fog’ but this made it even worse so I made a conscious decision three years ago to be drug-free and to use natural remedies like yoga. I would rather put up with the pain than feel the way I was on the drugs.”

Karen has been sharing her experiences with fellow fibromyalgia sufferers with a monthly column in The Fibromyalgia Magazine, the official magazine of the UK Fibromyalgia group, for the last three years and it was whilst reading a copy of the publication that she came across a piece which caught her eye.

She explained: “I read an article about coenzyme Q10 supplements and how clinical studies showed they had helped fibromyalgia sufferers in terms of reducing pain and fatigue. These days I always research anything that I come across very carefully before I take anything so I did some more research about how coenyzme Q10 works in the body

and how it is part of the way that energy is produced in the body. The particular supplement which the article talked about – Bio-Quinone Q10 GOLD from Pharma Nord – is the one which has been used in the most clinical studies and is identical to that produced naturally by the body so I thought ‘that’s the thing for me – I’ll give it a go".

Karen took Bio-Quinone Q10 GOLD every day for four weeks and the results proved to be remarkable.

“About four days into the second week, I started to get a good sleep, and I even slept late for four of the seven days, something not usual for me. When I was up and about, I started to feel more energetic and did a few one-hour walks that I had not recently done.

"By the third week, I was much more energetic and began to do some household jobs I had been putting off because of exhaustion - my oven and cupboards were now sparkling, my pain levels began to fade away quite quickly and I felt so exhilarated.

“By the fourth week I was feeling great – I had more energy with every day that passed, no headaches at all, my pain levels had decreased by 80% to 90% and I was sleeping like a baby for the first time in a long time. I went on a two-mile and a 3.5-mile walk within two days with no ill effects, I had a lot less fibro fog and felt clear headed most of the time.

"It’s made such a difference in such a short space of time."

The improvement in her fibromyalgia symptoms comes at just the right time for Karen, who runs her own stress management workshops - Karen Crosby Wellbeing - and is currently studying for diplomas in acupressure and psychic development.

Karen moved to what she describes as her “spiritual home” in the Highlands last year, with her husband Steve – an artist, illustrator and design lecturer - and Karen’s son Tristan, 19, from her first marriage. Their cottage lies in the heart of the Speyside whisky trail around 16 miles from Elgin and Karen says the new-found lease of life brought on by taking Bio-Quinone Q10 has made the new home even more magical.

“It’s so beautiful where we live – we’re on the top of a mountain surrounded by forests and miles of open countryside and the scenery is spectacular wherever you look. I will be able to enjoy it even more now – I love walking and there are so many fantastic walks in every direction wherever you step out from the cottage. My life has had to be worked around my fibromyalgia but now I feel I can work my fibromyalgia around my life."

What is Q10 and how does it help fibromyalgia symptoms?

Coenzyme Q10 is a vitamin-like substance which plays a vital role in the body’s energy supply mechanism, acting alongside enzymes converting fats and sugars into energy. Heart and skeletal muscles have the highest energy requirements of all tissues and are particularly reliant on adequate supplies of CoQ10 as a result. CoQ10 is also an antioxidant, protecting cells from the potentially damaging effects of toxic free radicals, but production of CoQ10 in the body declines with age.

Fibromyalgia patients have been shown to have up to half the levels of CoQ10 in their bodies compared to non-sufferers, as well as higher levels of free radical-induced oxidative stress. In a number of clinical studies* carried out using Pharma Nord’s Bio-Quinone Q10 supplements, fibromyalgia sufferers who took the supplements saw:

Pharma Nord’s Bio-Quinone Q10 supplements have been used in more than 100 clinical trials including KiSel-10 and Q-Symbio studies that have shown significant benefits for heart health, including a 50% reduction in cardiovascular mortality rates. The supplements are made to strict pharmaceutical standards using a unique patented process which makes them the most readily absorbed by the human body. CoQ10 can be difficult to absorb because of the size of the molecules but Pharma Nord’s patented process modifies the molecular structure of Q10 from rough crystals to a snowflake-like shape that is more easily absorbed.

As seen in the Daily Express Online