What is Coenzyme Q10?

Coenzyme Q10 (Q10) is a vitamin-like substance found in the mitochondria in each of our cells. Busy organs such as the heart and muscles have more of these mitochondria and require more Q10 as a result.

Although the human body produces Q10, our production starts to decline from as early as age 20 onwards.  The result is that we rapidly need more Q10 than can be obtained from either our own production or that found in food.

Certain other factors other than age reduce our Q10 production, including the prescribed cholesterol-lowering drugs, statins. 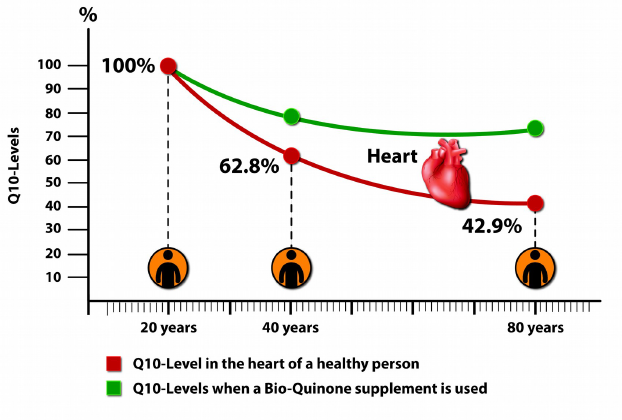 Graph 2: Bio-Quinone turns back the clock by raising Q10 levels

Energy production – Q10 supports the process of energy production in the body, known as cellular respiration. Specifically, Q10 is mostly utilized in the 'electron transport chain', the final stage of transforming our food into the molecule, adenosine triphosphate (ATP) - the main unit of energy used by the body to move, sleep, eat or breathe.

Antioxidant - Q10 has shown to be an effective antioxidant able to protect our cells from free radicals. Free radicals are unavoidable, reactive particles produced from pollution, sunlight and even our own metabolism.  Free radicals cause continuous damage known as oxidative stress, linked to the development of a range of diseases.

Q10 can help prevent the build-up of plaque in the arteries by reducing the oxidation of LDL cholesterol (the 'bad' variety), which would contribute to heart attack and stroke.  Q10 is also shown to help regulate high blood pressure 1.

'Q-Symbio' is a prestigious trial conducted on individuals with heart failure.  When one group received 300mg of Bio-Quinone daily, and one group received placebos, staggering results were discovered 2.   Those who took Q10 experienced:

Bio-Quinone was also featured in a study called KiSel-10, where combined with the supplement SelenoPrecise, it helped to decrease cardiovascular mortality by over 53% 3.

Cholesterol and Statin use

In relation to cholesterol control, Q10 has a specific use when taken in combination with the most common family of prescribed cholesterol-lowering medication, statins.

Statin medications (also known as HMG-CoA reductase inhibitors) reduce the body's own cholesterol production by interrupting the biochemical 'mevalonate' pathway.  This pathway is also the same method the body uses to produce its own Q10, however, and as a result, statin use is associated with a range of side–effects consistent with Q10 depletion 4.  Q10 supplements can replenish lost Q10,  reducing side-effects such as tiredness and muscle pain 5.

Other evidence shows that Q10 supplements may even decrease the production of LDL (“bad”) cholesterol, and in one trial it reduced it by approximately 13% 6.

Fertility - Q10 research shows that supplementation can improve both male and female fertility and can even improve fertility treatment such as IVF 7,8 .

Fibromyalgia and Chronic Fatigue Syndrome - Research shows that Q10 can help reduce pain, fatigue and tiredness in sufferers of fibromyalgia 9, while CFS sufferers show signs of low Q10 levels in other evidence 10.

Bleeding Gums - Q10 supplements have been shown to reduce regular gum bleeding and low levels of Q10 have been identified in those with gum disease 12.

More - Research has also explored the use of Q10 in diabetes, Parkinson's, ataxia and epigenetics.

In 1990, Pharma Nord launch Bio-Quinone into the European market, making it one of the first manufacturers to introduce the vital nutrient to consumers.  Since then, Pharma Nord has worked tirelessly with experts in scientific research to develop a solid body of evidence, demonstrating the product's efficacy in human health.  Pharma Nord has also developed a patented delivery form, ensuring optimum bioavailability.

Published in 2018, a major study demonstrated that Bio-Ubiquinone was the most bioavailable and well-absorbed Q10 of those tested.  This is compared to other Q10 products including Ubiquinol!

Q10 derived from yeast is identical to the Q10 used in the human body but is too large to absorb in the gut.  The result is a substance that does not absorb and can therefore not impart the astounding benefits of Q10.

Pharma Nord has spent over 30 years developing a patented delivery form for Bio-Quinone which ensures stability through shelf life and easy absorption from the gut into the bloodstream so the astounding nutrient we need can support the body's hardest working organs.

Bio-Quinone delivery form is patented – so no other Bio-Quinone product will compare, this is why many experts refer to it as the gold standard of Q10 supplements.

Both Bio-Quinone and Bio-Ubiquinol are produced under Danish pharmaceutical control – the same strict regulations that medicines are made under.  This unsurpassed level of quality control means that these products are what the box says they are, true to their ingredients, strength and contaminant-free.

Most supplements produced by other brands are food grade, which is a less reliable protocol for quality assurance.

Two forms – which should we take?

As a supplement, ubiquinone carries significantly more research supporting its use vs ubiquinol.  Recent research comparing the bioavailability of various  types of Q10, including ubiquinol, demonstrates Bio-Quinone’s superior bioavailability 13. 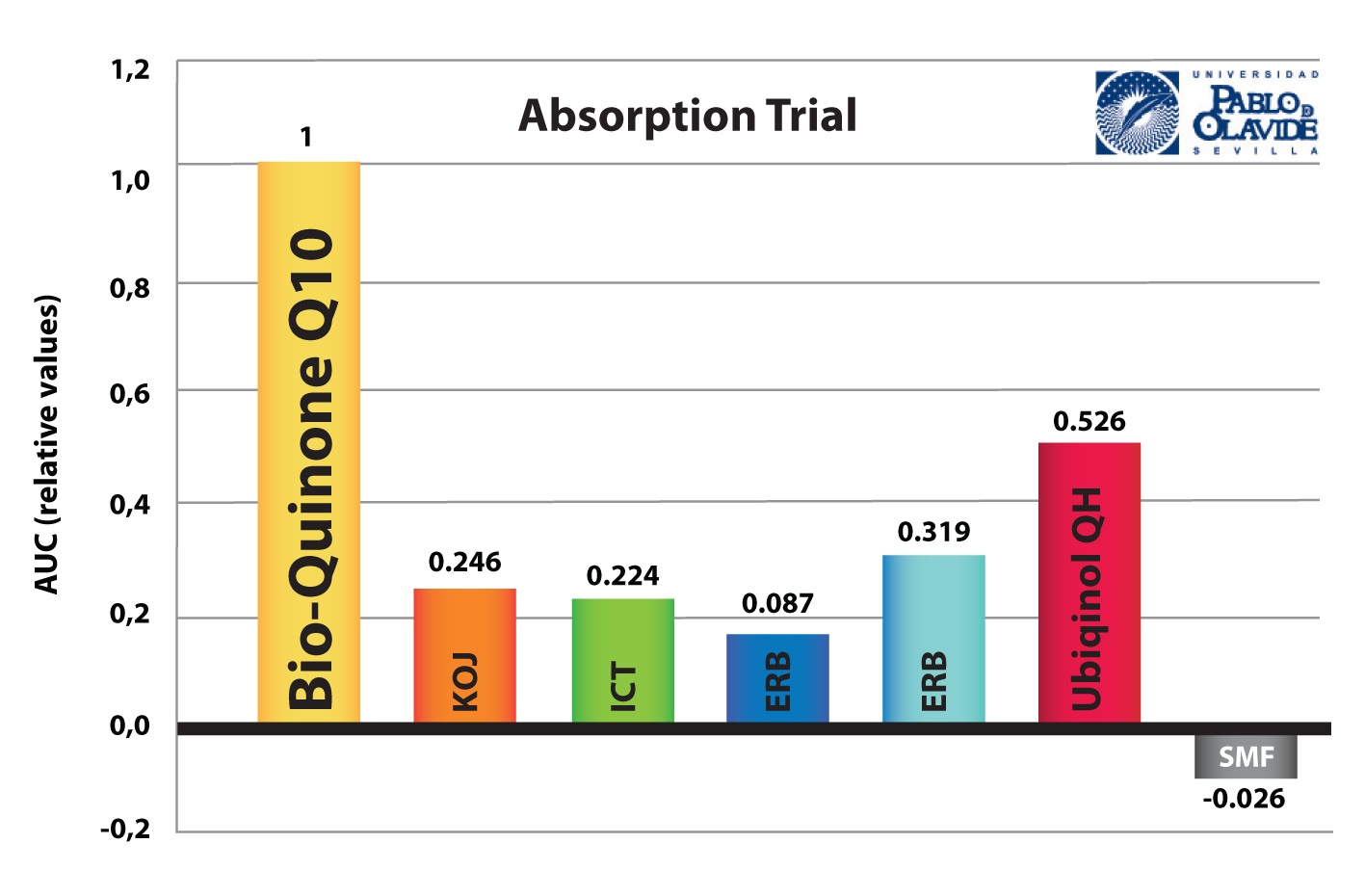 If choosing to supplement with ubiquinol, stability is vital.

Ubiquinol is referred to as the 'reduced'  form of Q10, meaning it has increased levels of the subatomic particles, electrons.  If not properly protected from the atmosphere, ubiquinol quickly loses these electrons, becoming the oxidized form, ubiquinone.

Pharma Nord has developed the Bio-Ubiquinol product to remain as ubiquinol throughout its shelf life.  Why not put it to the test? 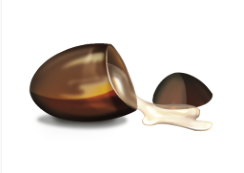 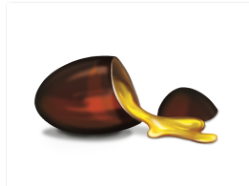 Q10 test:  Ubiquinone is a yellowish colour while ubiquinol is a milky white colour- this can be tested by snipping open a capsule.  Many find that ubiquinol of competing brands appear yellow, showing that it's actually converted to ubiquinone in the capsule!

10. Maes M. Coenzyme Q10 deficiency in myalgic encephalomyelitis/chronic fatigue syndrome (ME/CFS) is related to fatigue, autonomic and neurocognitive symptoms and is another risk factor explaining the early mortality in ME/CFS due to cardiovascular disorder. Neuroendocrinology letters. 2009;30(4):470-6.