Bio-Vitamin D3 - The sunshine vitamin in a tiny pearl

Vitamin D is a fat-soluble vitamin which requires fats to be absorbed in the intestine. Like other vitamins, vitamin D is essential for human health. There are several kinds of vitamin-D, but the two most important forms are D2 (ergocalciferol) and D3 (cholecalciferol). D3 is the form of the vitamin that is synthesized in the skin when we are exposed to sufficient amounts of sunlight or a similar type of UV-radiation.

Although the skin can produce vitamin D when exposed to adequate sunlight, there’s various factors that can limit this.  The elderly, those with darker skin pigmentation, people who regularly cover their skin with clothing or sunscreen should all consider vitamin D supplements of a higher dose than others.

A clinical review published in the Journal of the American Osteopathic Association (May 2017) found that almost 1 billion individuals worldwide may have insufficient or deficient levels of vitamin D.  Without optimum vitamin D levels, the full health benefits cannot be fully attained 1.

Vitamin D supplementation is associated with a wide range of benefits, including an improved immune system, respiratory health, muscle function and bone health, cardiovascular protection, wellbeing and much more. 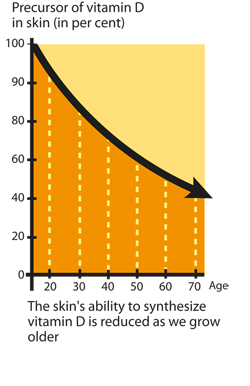 Vitamin D is transported to the liver after absorption where (in the form of calcidiol), it is stored for future use.  Calcidiol (25-hydroxy D) is sent all over the body where different tissues (including the kidneys) convert it to activated vitamin D (calcitriol), the ‘active’ form of the vitamin.

The recent recognition of Vitamin D receptors in most body tissues indicates a role for Vitamin D in many other facets of health, some of which are only newly being discovered including multiple sclerosis, autoimmune disorders, infections and cancers.

Vitamin D is vital for a healthy immune system.  A meta-analysis published in the British Medical Journal concluded that not only is vitamin D supplementation safe, but it also helps protect against respiratory tract infections (this covers everything from colds, flu and pneumonia).  A proposed mechanism for this is that vitamin D supplementation significantly stimulate the production of power antimicrobial peptides in the body 2.

A 2008, a meta-analysis found that people with adequate serum levels of vitamin D were associated with lower bodily inflammation biomarkers, better recovery after a cardiovascular event, fewer cardiovascular events in total and decreased likelihood of death 3.

As we age, accidental falls are much more likely to lead to bone fractures, so limiting these events is important for bone health.  Vitamin D supports muscle function, consequently reducing the risk of falls in individuals, particularly the elderly.  A meta-analysis from the BMJ shows that in a range of studies, subjects experienced a reduction in falling and fracture risk by 29%.  Doses of at least 700 iu -1000 iu per day showed these results, lower doses were considered ineffective 4.  Vitamin D also plays a well-established role in the maintenance of bone structure, producing the protein osteocalcin which is vital for bone remodelling.

Bio-Vitamin D3 has been tested by researchers at the University of Oslo who gave athletes different doses of vitamin D in the form of Bio- Vitamin D3 and inactive placebo capsules. The test showed that Bio-Vitamin D3 (aka, ‘D-Pearls’) both in high and low dosage was absorbed well by the participants while the athletes who received placebo, had unchanged vitamin D in the blood 6. 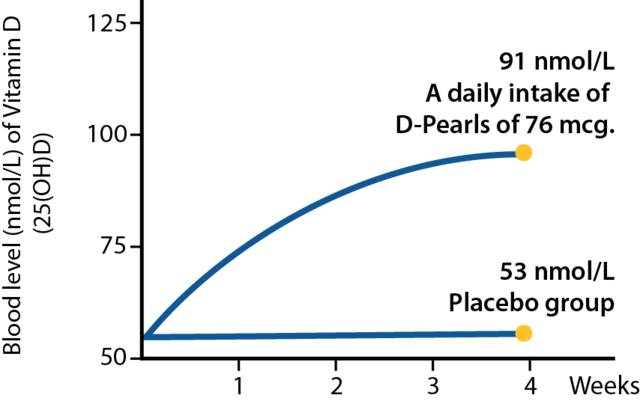 D3 is typically considered the best way to supplement with vitamin D.  Compared to the D2 counterpart, D3 tends to be less toxic (due to it easily binding with D receptors in human tissue), more stable and be more effective at raising serum D levels 7.