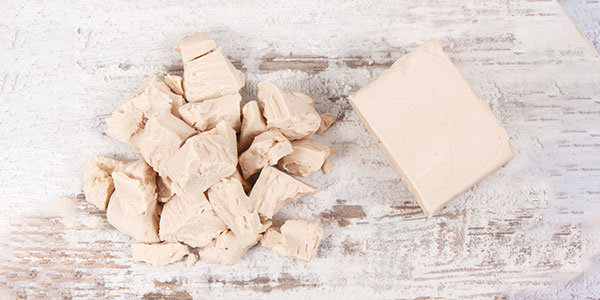 Yeast in this context means baked yeast with the Latin name Saccharomyces cerevisiae. It is not an excipient with an E-number but rather a food. In its inactive form, the yeast cells are dead, this is where it can act as an excipient. The yeast is technically just a protein-rich nutrient added to an active ingredient such as chromium or selenium.

Including an example of chromium yeast production. The principle can be transferred to also apply to selenium yeast.

The amount of yeast powder used as an excipient has no effect on the growth of the yeast fungus Candida albicans in the body. The natural variations of protein in the diet far exceed the protein content of the yeast powder.