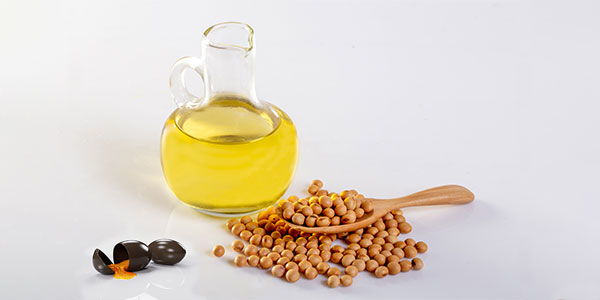 Soybean oil is a clear yellowish vegetable oil extracted from soybeans. Soybean oil is not an E number excipient but a food, although in the dietary context it also functions as an excipient. Soybean oil is used both as a cooking oil and by Pharma Nord as a filler in some preparations.

Pharma Nord uses a mix of different GMO-free soy oils of pharmaceutical quality and of different viscosity, which means a mixture of more or less viscous oils. These oils are completely purified from soy protein substances, including oestrogens and oestrogen-like substances. The oil is subjected to a control analysis in an external laboratory. Therefore we do not need to allergy label our soybean oil.

There is a negligible amount of trans fatty acid in the soybean oil. This is because we have to hydrogenate a fraction of the soybean oil to achieve the consistency needed for optimal absorption of the Q10 content. To put this into perspective, a glass of milk contains 15 times as much trans fat as 1 capsule of soy oil-based Bio-Quinone.