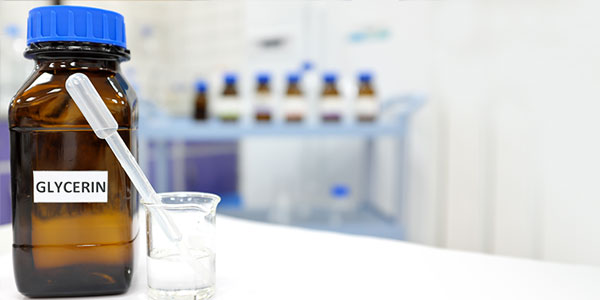 Glycerol (E422) is still known as glycerin, although this term is obsolete. Glycerol is a colourless, odorless and viscous liquid that is soluble in water. It is a natural component of both vegetable and animal fats, but is not itself a fat. Glycerol is used, among other things, in foods as an emulsifier or stabilizer.

Due to the moisturising properties of glycerol, it is added as a dietary supplement to protect the ingredients from drying out and as a carrier. It is also used in different types of skin creams for the same reason as well as in medicinal preparations.

There are no restrictions on how much glycerol may be used as an excipient.